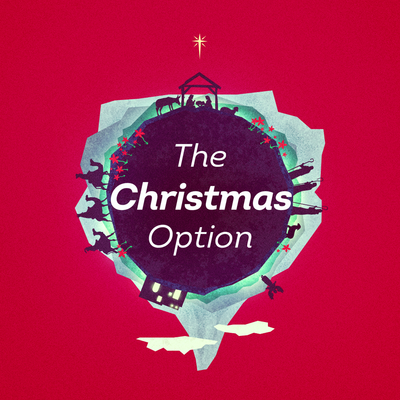 This four-week Christmas sermon series on the Nativity is meant to help us replace our romanticized version of that night’s events with a real-life account of the Christmas Story.

The Christmas Option series is a real life consideration of the actual events that took place.

It seems every life that was touched by the events of Christmas experienced inconvenience and hardship. Yet, through those inconveniences, the greatest opportunities presented themselves. Opportunities for peace in the midst of chaos, for powerful influence, and ultimately for the salvation of all humanity.

Based on the book The Christmas Option: The Hidden Options Found in the Christmas Story by Jonathan Malm, this Christmas series tells the Nativity story in a unique and powerful way.

The Gospel for the Outsider
The Christmas Option

Subscribe to receive email updates with the latest news.